Injured in a ATV Accident in Pittsburgh Pennsylvania?

According to the latest data from the U.S. Consumer Product Safety Commission (CPSC), there were 14,653 reported ATV-related fatalities between 1982 and 2016. A total of 3,232 of those fatalities (22 percent) occurred in children younger than 16 years of age.

These statistics show that while ATVs can be fun and useful in various ways, they can also be extremely dangerous. Many states require no training or license to operate them, and there are no age limits associated with them, which is why children are most often at risk. Adding to the inherent danger of the vehicles themselves is the fact that some manufacturers fail to provide adequate safety protections, allowing poor design and manufacturing defects to put public health at risk.

In April 2018, for example, ATV manufacturer Polaris agreed to pay $27.5 million to settle charges over its defective vehicles—specifically, because the company failed to immediately report problems with their RZR and Ranger models to the CPSC, as required.

The Pittsburgh personal injury lawyers at Chaffin Luhana are currently investigating cases in which ATVs and other off-road vehicles caused serious injuries and/or deaths. If you or a loved one used one of these products and then suffered from serious injuries, you may be eligible to file an ATV accident lawsuit.

An ATV or “all-terrain vehicle” is a motorized four-wheeled vehicle designed to be used off-highway for recreation and for getting around rough terrain. Also called “quads,” the vehicles are often used for agricultural purposes, but have become more and more popular as family fun machines, used often on camping trips and for weekend playtime.

There are two basic types of ATVs: one designed for a single operator, and one designed for an operator and a passenger, who sits behind the driver. There are various sizes available too, including “youth” models meant for smaller hands and feet and slower travel speeds.

There are many manufacturers that design and market ATVs, including the following:

There are many things that can cause an ATV accident, including the following:

New ATV Drivers Are
13X
More Likely To Be Injured
There are other hazards, too. ATVs are often operated in areas of changing terrain that can create new dangers in a blink of an eye. Operating an ATV on pavement, which it is not designed for, can increase the risk of a collision with another vehicle. Passengers can impair the safe operation of the vehicle because their weight can significantly affect maneuverability.
ATVs need regular maintenance, too, and if that is neglected, the risk rises for accidents and injuries. Finally, though protective gear is available, many users don’t wear it. According to a study of ATV-related deaths in Virginia, 65 percent resulted from head and neck injuries. Of these fatalities, three-quarters of the users were not wearing a helmet at the time of the accident.
The CPSC also estimates that 25 percent of those who died from head injuries sustained in ATV accidents would have lived had they been wearing a helmet.
In addition to all of these potential causes, there is the risk that the machine itself has some sort of defect that could pose a crash hazard to the driver and/or passenger. Types of Defects Associated with ATVs

Because ATVs and other similar off-road vehicles are inherently dangerous, it is up to the manufacturers to ensure that riders and passengers are protected by adequate safety measures. Unfortunately, this doesn’t always happen.
For the past several years, thousands of ATVs have been recalled because of serious safety concerns. In many cases, those recalls came too little too late, after several people were severely injured or killed. While visiting family in Texas, for example, an 11-year-old girl was riding her 2010 Polaris Ranger when the vehicle tipped over, pinning her beneath it. The girl couldn’t escape, and the vehicle was leaking gasoline. Soon the Polaris and the girl caught fire.
Fortunately, a neighbor was able to get the girl free by pushing the ranger off of her with his truck. She was rushed to the hospital and treated for third- and fourth-degree burns over 60 percent of her body. Eventually part of her right leg and left foot had to be amputated.
The family filed an ATV defect lawsuit, claiming that Polaris was aware of the danger of gas leaking in a rollover accident. They added that the company should have taken steps to prevent such a dangerous outcome. Polaris settled with the family out of court for an undisclosed sum.
The CPSC hit Polaris with a large $27 million civil penalty because the company had failed to notify the agency in a timely manner of the defects associated with the Ranger and RZR vehicles. By the time they did, they had received reports of 150 fires, including the death of a 15-year-old passenger, 11 burn injury reports, and a 10-acre fire. Up through April 2018, Polaris had recalled more than half a million vehicles because of manufacturing defects, most of which were associated with burn hazards.
Polaris isn’t the only company found to have been less than responsible when it comes to consumer safety. Families have filed ATV lawsuits against Yamaha, too, because of rollover accidents involving their Rhino side-by-side off-road vehicle.
CBS News reported that by the year 2009, at least 59 riders had been killed in Rhino accidents, and more than 440 wrongful death and personal injury lawsuits were pending. Plaintiffs claimed the Rhino was dangerously unstable because of its design, and in March of that year Yamaha announced a free repair program to improve the vehicle.
Bombardier Recreational Products (BRP), too, has had issues with its Can-Am Maverick X3 side-by-side vehicles, particularly with a defective steering rack and pinion assembly that could result in drivers losing control of the vehicle and crashing. The company received reports of at least 33 incidents before announcing a recall in 2016.
And there are many more. The bottom line is that users need to be aware that in addition to the basic danger that exists when operating an ATV, there may also be other dangers associated with the machine itself. Check your vehicle for potentially outstanding recalls by calling the manufacturer or checking their website.

Children Remain Unprotected When It Comes to ATV Accidents

Meanwhile, children remain particularly at risk for ATV-related injuries and death. The American Academy of Pediatrics (AAP) states that an estimated 26,800 children were injured seriously enough from ATV accidents to require treatment in the emergency room in 2016. At least 53 children lost their lives.

Rachel Weintraub, Legislative Director and General Counsel for the Consumer Federation of America (CFA) stated that ATVs “are one of the most dangerous products CPSC regulates, causing more deaths and injuries than almost any other product under CPSC’s jurisdiction.” President of the American Academy of Pediatrics (AAP) Colleen A. Kraft stated that children under the age of 16 should not use the vehicles.

In 2002, consumer groups filed a petition with the CPSC calling for the ban of the sale of adult-size ATVs for children, and in 2011 Congress passed a law directing the CPSC to complete the creation of new ATV safety standards, but those standards have not yet been completed.

In 2014, the CFA released a report documenting a growing trend of states permitting ATVs on paved roads—a definite safety hazard. Meanwhile, the CPSC and other consumer advocates recommend that children aged 12-15 not ride ATVs with engines larger than 90 cc’s, but the AAP recommends that no child under the age of 16 ride an ATV at all.

Types of Injuries that Occur in ATV Accidents

Types of injuries that may occur when riding an ATV include:

When driving an ATV, follow the following guidelines may  reduce the risk of injury:

If you or a loved one operated an ATV and then experienced serious injuries such as those listed above, you may be eligible to file an ATV accident lawsuit to recover damages. 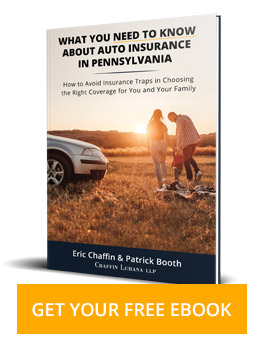