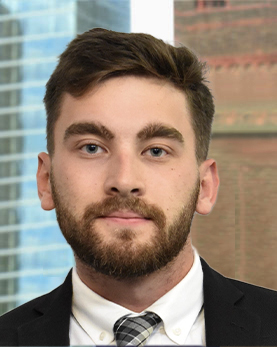 Zachery Roberts is a Paralegal in the firm's Pittsburgh office.

Zachery is a graduate of Shippensburg University with a Bachelor of Arts in Political Science and a concentration in Sociology. As a student, he was very active in multiple leadership roles within the Greek life community. He provided support to the Pennsylvania Board of Pardons as an intern, assisting with the drafting of legislation with Secretary Brandon Flood, and conducting detailed reviews of pardon applications.

2021: Zachery’s Chaffin Luhana Foundation Charity nomination was to the Alzheimer’s Association. He chose this organization as his grandma recently passed after a 6-year battle with Alzheimer’s. Seeing the debilitating effects that the disease can have on a loved one has motivated him to support those who are trying to find a cure.