Home » Who is Liable in a Multi-Car Wreck?

Who is Liable in a Multi-Car Wreck? 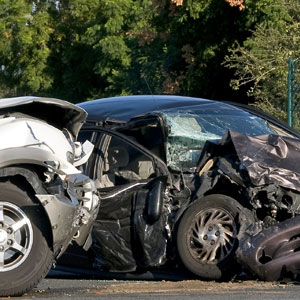 Liability is not always clear-cut in a car accident, and this is especially true when there are multiple vehicles involved. Liability may be based on negligence and it can be a tedious task to parse out which driver’s negligence caused or contributed to the crash. Add to this that each party has (or should have) his or her own insurance policy, with differing coverages and limits, and sorting out who will pay for the damages can be very complex.

Who is liable in a multi-car crash?

When more than one or two vehicles are involved in a crash, figuring out who caused it can be tricky. But sometimes more than one driver was negligent, and then it becomes necessary to figure out what proportion of the fault each driver bears.

In that situation, the rear-most driver may be who is liable for the crash because he or she was following too closely, was speeding, or failed to stop in time. Sometimes, however, another driver in the chain could be liable, such as if his or her vehicle did not have working brake lights or the driver cut into the lane in a way that did not give others adequate time to stop.

Multi-car pileups can, of course, happen in other ways as well. Say a vehicle in one lane enters the next lane unexpectedly and causes a collision with several other vehicles. The questions will become whether the first car was careless in failing to maintain the proper lane and whether the other drivers had the chance to avoid the accident.

Pennsylvania is what is referred to as a “choice no fault” state, which is more complicated than the situation in most states. Under this hybrid insurance approach, the rights of each driver or passenger in the crash will depend on whether they chose “full tort” and “limited tort” coverage when purchasing the insurance.

A driver who chose no fault, aka “limited tort”, will be limited to recovering only economic damages and will not be allowed to sue an at-fault driver for non-economic losses like pain and suffering unless the injuries were severe. If a driver opted for full tort coverage, he may be permitted to pursue non-economic losses against the negligent driver, but if the other driver was uninsured or did not have high enough insurance limits to cover the losses, the injured driver may need to file an uninsured or underinsured motorist claim with his own insurance.

Time is limited to file an insurance claim or a lawsuit after a Pittsburgh car accident, so it is crucial to understand what your rights and responsibilities are. The best way to protect your rights is to speak with a car accident lawyer in Pittsburgh as soon as possible. Our experienced and compassionate attorneys are here to help you recover the amount you deserve.